Anyone who brings (or borrows) basic weapon sparring equipment:

Stick-Fencing is a type of combat-skill isolation sparring. That is, sparring using a limited skill-set and specific guidelines to develop a certain aspect of stick-fighting.

WHERE DO WE SPAR?

The round-timer is not activated and NO POINTS are awarded to either Fighter until a Head-Shot is scored. The first Fighter to land a meaningful & clean strike to his opponent's high-line targets:

NOTE: an immediate counterstrike to the high-line of Attacker in response to being struck on high-line, scores 10-points to BOTH Fighters.

The round begins after the head-shot has been scored. Subsequent strikes anywhere on either fighter score 1-Point. A Fighter may award his opponent 1-point by fowl or penalty listed below:

Points are informal and used just as a guide of your own progress. If a Fighter has an overwhelming lead in points, it is an indicator that the opponent needs to work on Stick-Fencing to improve this skill set. 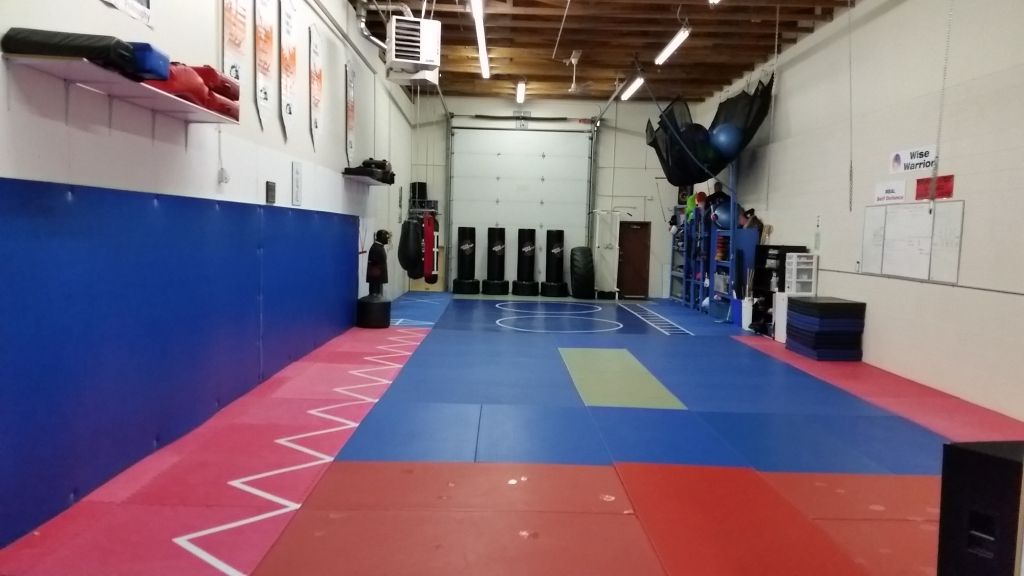 We're back from our summer program with a full class schedule for the Fall. Check out our schedule for Mixed Martial Arts, Jiu Jitsu, weapons training, and REAL Self Defense. Get ready to bring your skills up this Fall, or start your training for the first time!

Our doors are open again after COVID-19 closure, and we're more than ready to get back to training with safety protocols in place. Check out our July & August summer schedule for Mixed Martial Arts classes, weapons training, Combat Submission Wrestling, and brand new REAL Self Defense curriculum.

Start your Wise Warrior journey. Call us to schedule a free gym tour and class!